It is a well-known fact that the neck plays a significant role in influencing the brain-body connection, and if the neck is not properly adjusted, your nervous system will not operate at its full potential.

Using advanced X-rays, we treat every patient according to his or her individual misalignment, using exact measurements to treat each case individually and specifically in order to get the best results.

Anybody who wishes to maintain their optimal health throughout life, maintain a healthy nervous system, and live a pain-free life will find the Upper Cervical to be extremely important.

If this is an emergency, please call our office. Please allow up to 24 hours for online inquiries to be answered.

Why should you choose Upper Cervical Care over any other chiropractic treatment? With Upper Cervical Chiropractic, the goal is to figure out the relationship between the neck and the rest of the body. The central nervous system, as well as brain stem function, are influenced by the neck. As a result of upper cervical manipulation, your entire body is affected by correcting your upper spine, allowing your central nervous system to communicate properly with all your organ systems.

Upper Cervical Care is more important than any other chiropractic treatment since it deals with the nervous system. According to the Upper Cervical approach, the neck is the gateway to the rest of your body. The relationship is believed to affect every aspect of human function, including the regulation of hormones, the fluidity of movement, and even providing the ability to breathe, see, and hear.

Upper Cervical Care is simply superior to traditional chiropractic care for several reasons: most people think of traditional chiropractic care when they think of back pain, neck pain, and muscle aches. In Upper Cervical, you will focus on establishing the relationship between your neck and the rest of your body. We treat you and your symptoms as a whole.

A variety of clinical observations and research has led to the development of this process over the past five decades. In Upper Cervical Chiropractic, the focus is on the biomechanics of the upper cervical spine (neck) and the relationship between that spine and the central nervous system and the brain stem. By managing this relationship appropriately, the body can be restored to its optimal health and maximize spinal performance.
The two chiropractors from Michigan, Drs. Ralph R. Gregory and John Grostic, Sr., together developed an accurate way of correcting upper cervical misalignment by rebalancing the body in 1941. As a result of this procedure, pain and discomfort were effectively reduced as well as improvements made to overall well-being.

The number of Upper Cervical practitioners in the world is growly daily, and it is becoming increasingly obvious that the accuracy of an Upper Cervical correction is an increasingly important part of optimal physiological function and a unique and vital part of modern health care.

Patients often suffer from a wide range of pain and discomfort caused by various conditions. These are only a few of the conditions we help patients manage. A thorough analysis allows us to treat the root cause of your condition rather than just alleviating the symptoms. 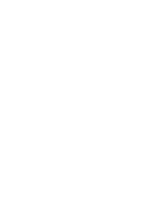